Hello there, ladies and gents.

The beauty of Cheap Trick is that they’re keeping a secret. The secret is that they are one trillion times more sophisticated than you expect. In fact they’re not anything you expect. “I Want You to Want Me” is a precious gem. “Dream Police” is a sparkling treasure. I knew this. But somehow I always just assumed they were another hard rock band. Not a bad one. Just another one. Now I know better.

When you crack into their catalogue, the sun emerges from behind the clouds and you’re blinded. For instance: Robin. The man sings in about a thousand distinct voices. He’s not some sassy pretty boy like some other singers of the time. He can go from campy progster to snotty punk to larynx-shredding killer to tender balladeer all in the span of a single lyric. From which golden peak of Mount Olympus did he descend??? And then there’s Tom Petersson, Mr. 12-String Bass– that’s INVENTOR of the 12-string bass. And bespectacled, rockstar iconoclast Bun E. And Rick, the King of Quirk, gangly, wordy, weird in all the best ways. Cheap Trick have heavy pop hooks, punk attitude, metal guts, and just the right amount of a sort of new wave offbeat strangeness. They are well-regarded across the entire dang spectrum, by their peers, by music fans. What other band can boast that? Furthermore, they make me intensely proud to be Midwestern. Sure, New York and L.A. are glamorous, but there’s a whole bunch of stuff in between. Despite how it sometimes feels, it’s not just turds in goatees and cowboy hats singing about summer and beer. 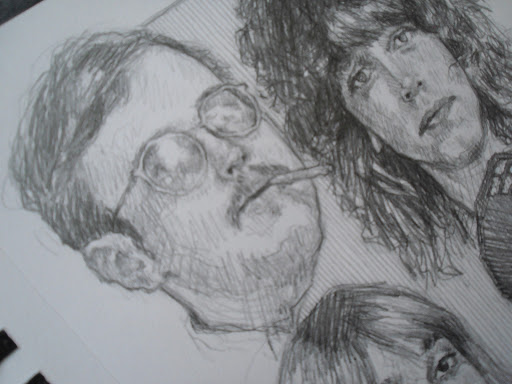