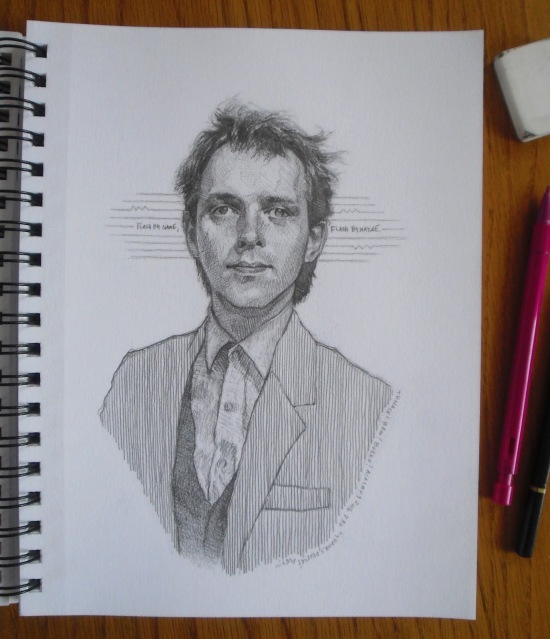 The Comic Strip Presents… was my introduction to the Comic Strip comedy troupe, one of my favorites. Young Ones came later. I admit I didn’t fully get it at first. They didn’t rely on campiness like Python. They committed to their bits with total seriousness. And without an audience to reassure me that I was laughing at the right spots in those films, it felt totally foreign. That’s what stood out to me. They were weird. And I liked it.

And Young Ones. Butt jokes and slapstick violence aren’t for everyone. But how about surrealism and puppets? And musical performances? And just total, rapid-fire, alternative silliness? Rik Mayall is a favorite for a lot of people. His physicality is unmistakable, and a bright spot in everything he’s ever been in. His turns as Flashheart in Blackadder are like comedy candy. And I don’t care what anybody says about Drop Dead Fred; it is pure gold. You don’t ever expect that such a vivid personality could ever leave this earthly realm.

“And then one particularly sensitive and articulate teenager will say, ‘Other kids, do you understand nothing? How can Rick be dead when we still have his poems?'”