As a teenager, I did not like being female. I did not feel like I had any control. I felt like an object, and I felt like I was required to fit within someone else’s mould. As a result, I was as contrary as I could manage. I hacked off my own hair, got called “young man” a few times, wore boxy unisex band shirts pretty much exclusively, you get the picture. Nowadays I’m glad I had those experiences, and I feel empowered. Because what’s the worst that could happen? I love being a woman because it puts me in a position to understand disadvantage.

So I encountered this question about what a woman’s place should be now, considering the bizarre political climate. I thought about how frustrated and tired I am. And I thought about how, despite the adversities I face personally, there are so many others who are a million times more vulnerable and exhausted than I am now. I came to the conclusion that my place specifically is about opportunity. It’s about opening doors, breaking windows, and grabbing seats at the table for those who are struggling to get one. I’m not making any groundbreaking strides in my daily actions. But I’m trying, if at times only by paying attention and not shutting up. And being a woman now is about being true to myself and my values. In the end, it doesn’t matter how I may be perceived. 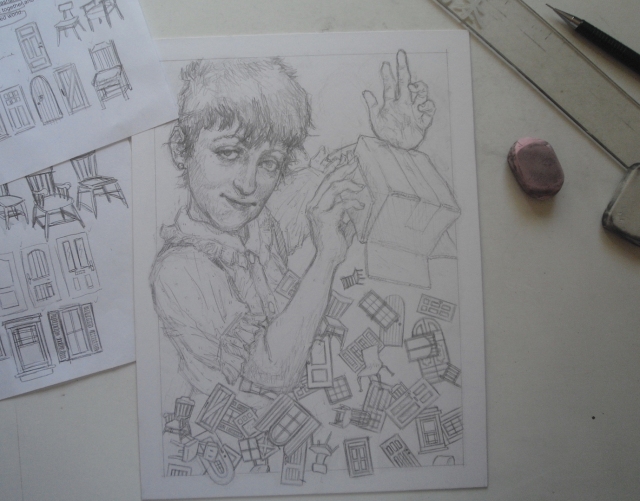 I also thought a lot about some cool women whom I admire. There are a lot. For this one though, I opted to model my girl mostly after Rachel Bor of the underrated Dolly Mixture, a little bit after Poly Styrene, and with a touch of Pauline Black.

I’ve recently started fumbling around with gouache. I’ve still got a long way to go, but I adore it. In that spirit I went unintentionally opaque with my watercolor, and then I rolled with it. Possibilities! 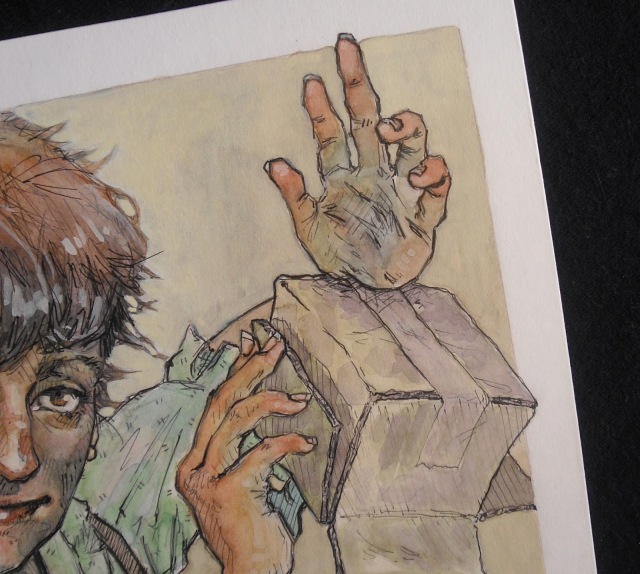