Well, this is the piece that broke the camel’s eyes! I knew it would take me a comparatively longer time to render one of my pantheon bands, especially one with four members. But I found myself sidelined in the middle of this one with INCAPACITATING eye strain. Like, floating floor, bruised eyeballs, head in a vice. That’s never happened to me before, and it is a bitch! So here we are three months later, with reading glasses, and a new resolve. (Alas, my eyeballs still hurt a bit, but I guess I’ll get there eventually.)

Drums and Wires was my first real dive into XTC. I was very into a heaping handful of material from White Music and the big obvious (awesome) ones like “Dear God” and “Making Plans For Nigel” prior to that. Any self-respecting budding punk/post-punk/new wave fan should be. But Drums and Wires was my definitive entry point. Along with Depeche Mode’s Construction Time Again, it became a deeply defining marker in time for me the winter I discovered it. Both albums are icy, urgent, and a bit distant. And in the case of Drums and Wires, also passionate and nervous. There’s an imperfect intricacy to that record that really resonated with me. In the beginning, XTC were not one of my gold-plated treasures like The Beatles, The Clash, and DEVO. But they’ve been slowly, patiently ascending the ranks as the years have gone by and my old favourites have sort of settled in and made space. And in that way, they’re sort of like my first grown-up band? After Drums and Wires, they drew me closer with Black Sea. Then at twenty-one I sat down with English Settlement. And it became another extremely vivid wintertime marker. (Andy’s “Melt the Guns” yelps and whines were a bit confounding to my Jena. ♥) It’s a complicated, daydreamy, heartrending beauty. I love it for the same reasons I love Revolver and Rubber Soul. It’s a lush, innovative turning point in the band’s career, but it’s not too slick or indulgent. Anyway, then I was a goner.

What is it that I love about XTC? They’re not traditionally cool. They’re intelligent, humble, and funny. Their melodies are graceful but not too graceful. They’re crisp and fresh, no matter how many times I relisten. They’re heroes, dammit!!

Bonus points for their respect for women! In the seventies/eighties, no less!! (“Isn’t it a shame you kicked that girl? Isn’t it a shame she kicked you back, jackass.” Ahhh.)

Bonus bonus points for the “No Language in Our Lungs” scene in the “The Diary” episode of Freaks and Geeks. (Can we all agree the Bill-centric episodes are the best ones?) 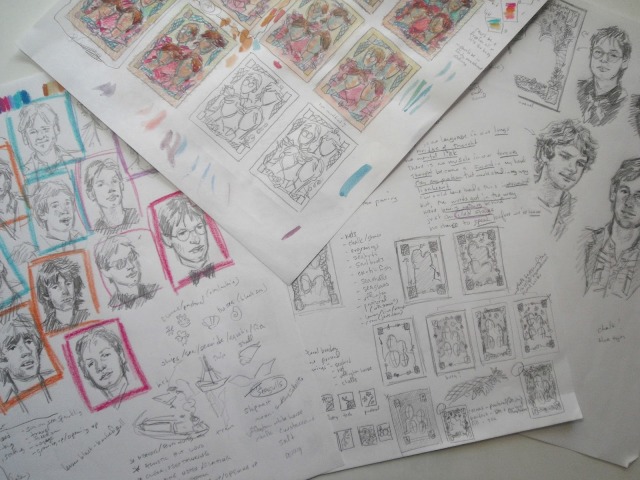 Sketches, studies, and ponderings. SO MANY SKETCHES, STUDIES, AND PONDERINGS. JUST DRAW THE DAMN THING ALREADY. 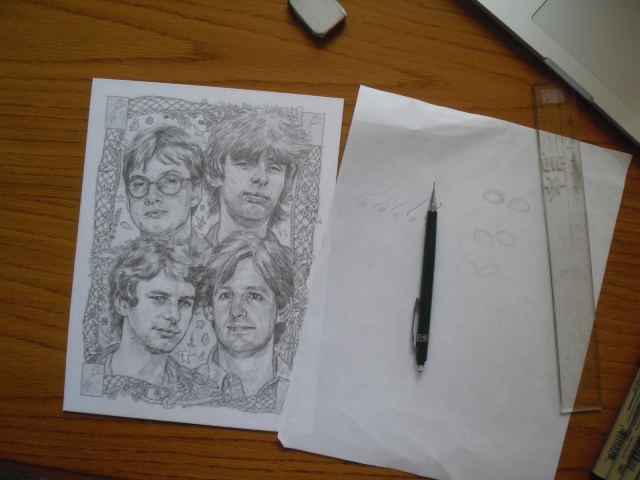 You’re not the boss of me, eyes! 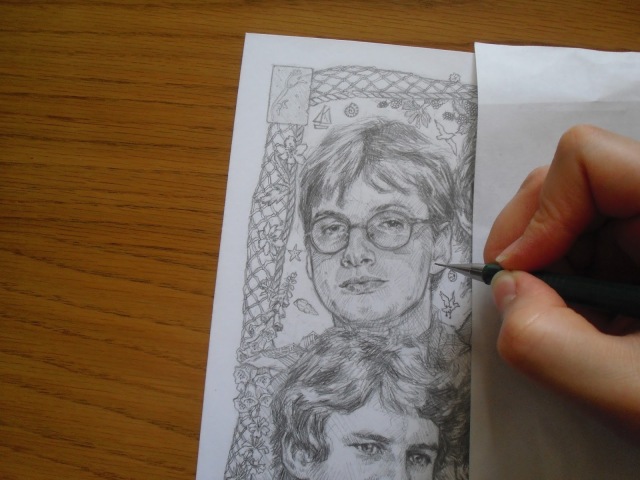 Gah, guh, gurrghhh…
Okay, maybe you are a little. 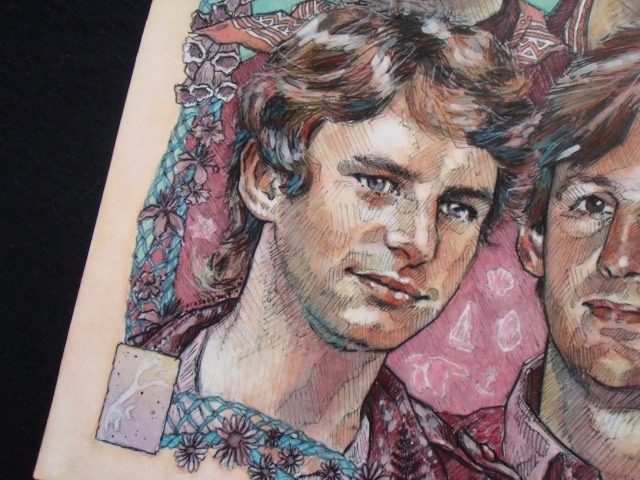 “And I’ve got one, two, three, four, five
senses working overtime
trying to take this all in.”