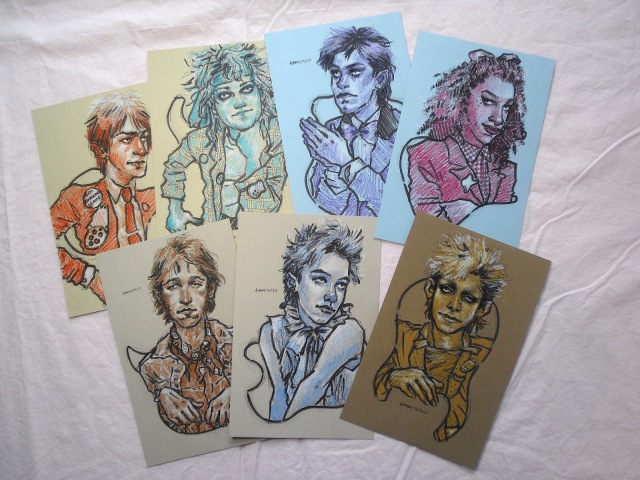 Previously I said that I’ve been struggling to draw from the head. My more fully-rendered, referenced pieces have been getting better. But my off the cuff drawings just kept getting more and more stale. For a while I just admitted defeat and figured it would come back to me sometime. But, duh, that’s stupid. So I concocted an exercise to conquer the issue. And I feel pretty good about it. Honestly, I didn’t think these drawings would turn out, as a unit. I was concerned that I wouldn’t be consistent stylistically from start to finish. But for the most part, I accomplished what I’d set out to do: I created original work with some substance. The fulcrum here really was doing a series, and I am definitely going to continue in this fashion moving forward. Obviously, it’s hard to get better if you only do one drawing a month. Drawing something with intention for seven days in a row, with accomplishments behind you and a new challenge looming in front of you really makes a difference. (EVEN IF you take a tiny little break in the middle…)

I’ve really been wanting to do some original work that isn’t quite so niche as the rest of what I’ve been doing. Stuff with more of a universal appeal that someone who isn’t familiar with a specific band or show could get and appreciate. And, I mean, these are still pretty niche, but I think I’m getting there. So I definitely intend to do more of these folks and more where this concept is concerned. And I’d really, really like to revisit some of these individuals specifically and give them the fully-rendered treatment.

Anyway. Here I am, an old woman, and I still don’t really know how to play guitar. But I have so much respect and admiration for those who do. So here they are; a bunch of players and their axes: 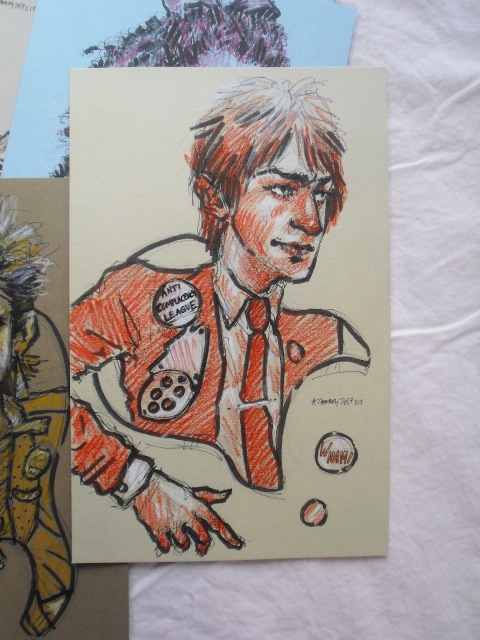 THE MOD:
Inspired by Paul Weller and Ian Page. This first drawing turned out
mostly Paul. When I revisit him, I’m gonna get him a bit more balanced. 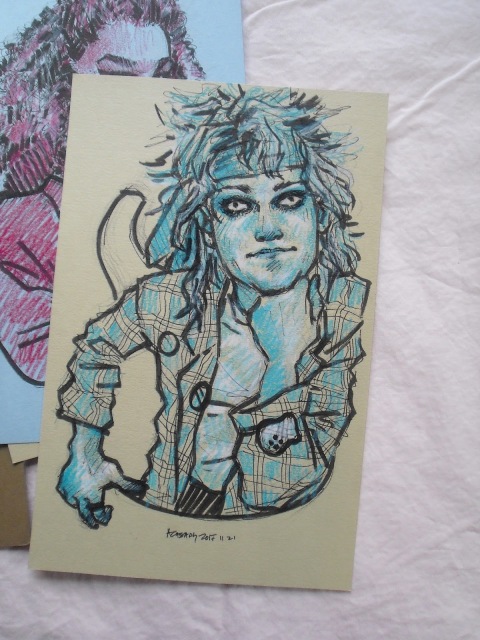 THE DISRUPTER:
Inspired by Viv Albertine and Pauline Murray. This is actually my
second attempt at this gal. Her original depiction just wasn’t right,
and her original pose may be the clumsiest pose I’ve ever drawn. 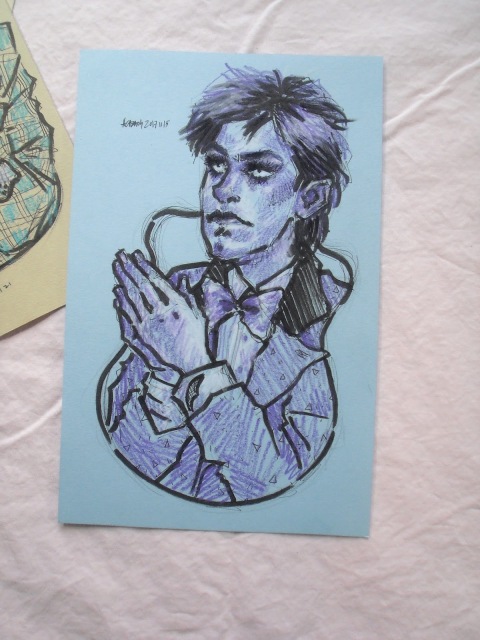 THE PROGRESSIVE:
Inspired by Bill Nelson and Neil Finn. A bit more Bill
than Neil. Another one to balance out down the road. 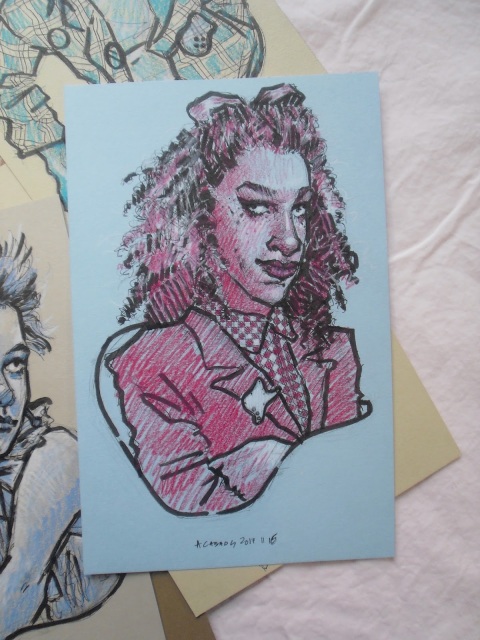 THE RUDEGIRL:
Inspired by Pauline Black and Rhoda Dakar. Things started to feel cohesive at this point. 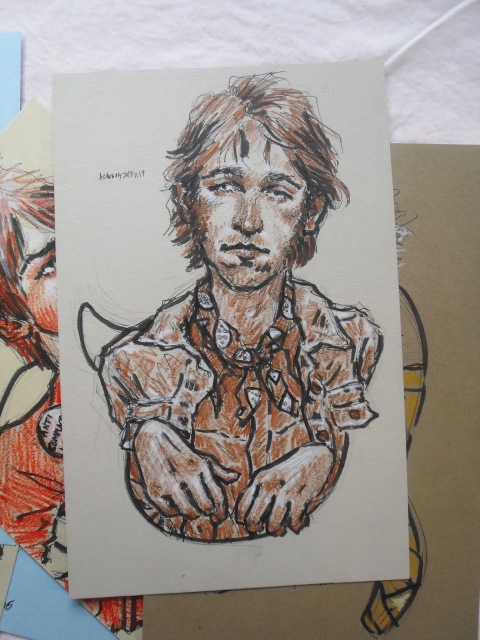 THE HEARTLAND:
Inspired by– duh– Tom Petty and Bruce Springsteen. I tried not to
make him super obvious, but I’m pretty sure I failed there, haha. 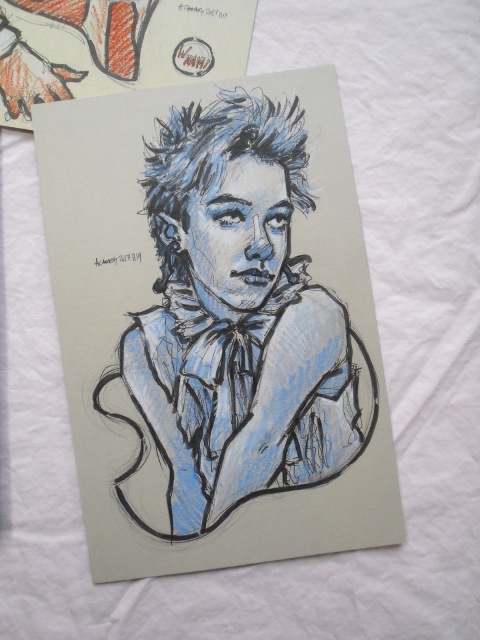 THE SPRITE:
Inspired by Clare Grogan and Annabella Lwin. This lady came
together surprisingly easily. So of course the next one would kick my ass. 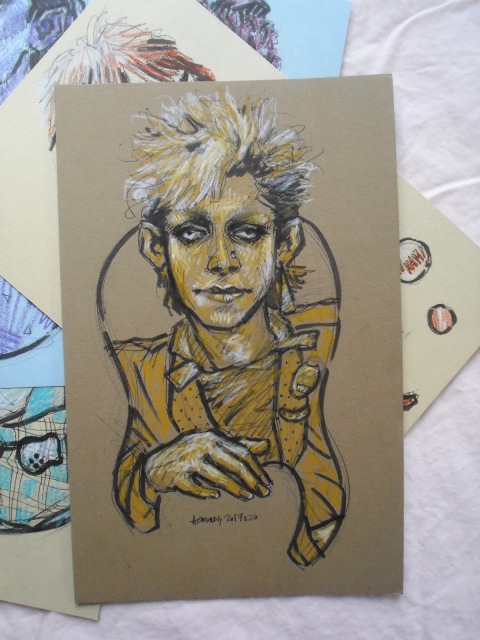 THE MAGE:
Inspired by bass virtuosos Mick Karn and Nick Beggs. Scrapped this boy three (?!)
times before I finally got him right. Kept wanting to make him purely Mick but
not too much, and it didn’t work. Sacrificed some sleep for this browless wonder!