Not a ton to say about this piece except: I have a lot of experience with the whole… computer thing. You know, emails. Sending emails, uh, receiving emails, deleting emails. Um, I could go on.

Live audience sitcoms are dangerous territory for me. Because the cheese is so close. But Graham Linehan comedies are a breed of their own, and basically, perfect. The comic timing, the visual gags, the callbacks and running jokes– ♥ MUAH! But the best thing about his shows, obviously, are his characters. They’re a little selfish, a little stupid, but mostly loveable. My favorites (just like everyone else, I suspect) are the well-meaning doofuses: Father Dougal McGuire from Father Ted, and Maurice Moss from The IT Crowd. Plus, Irish people!

In the olden days, it would have taken me six months– perhaps a year– to render three people in a composition. Or what’s more likely is that I might not have finished at all. I go on about this every single time, but it is truly thrilling to have a robust idea and to then actually execute it. 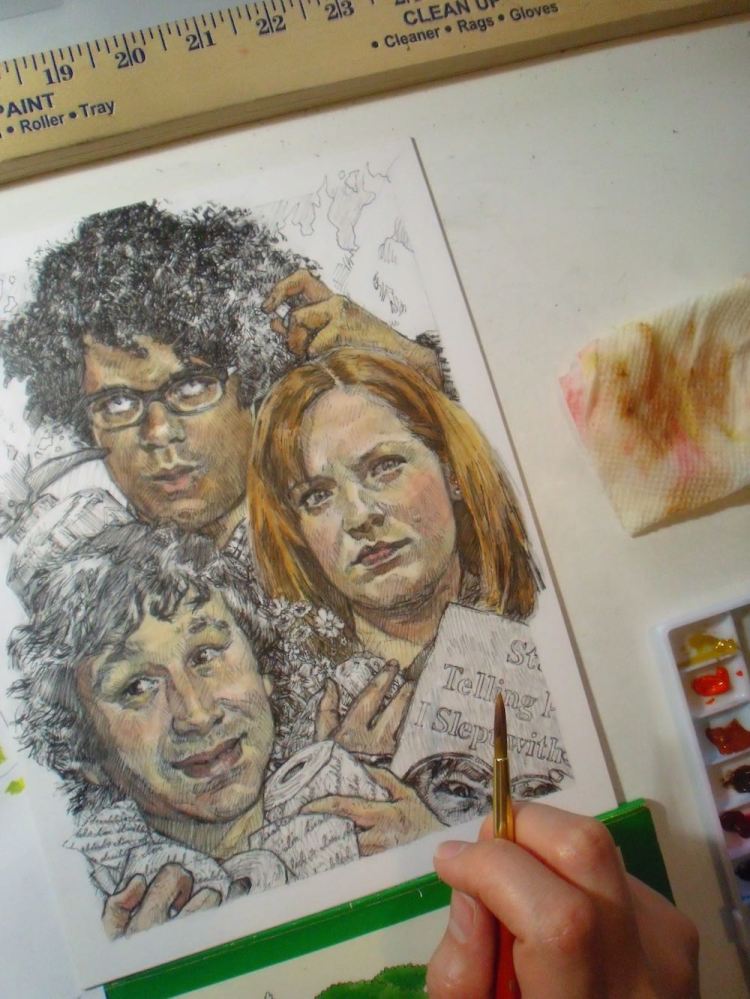 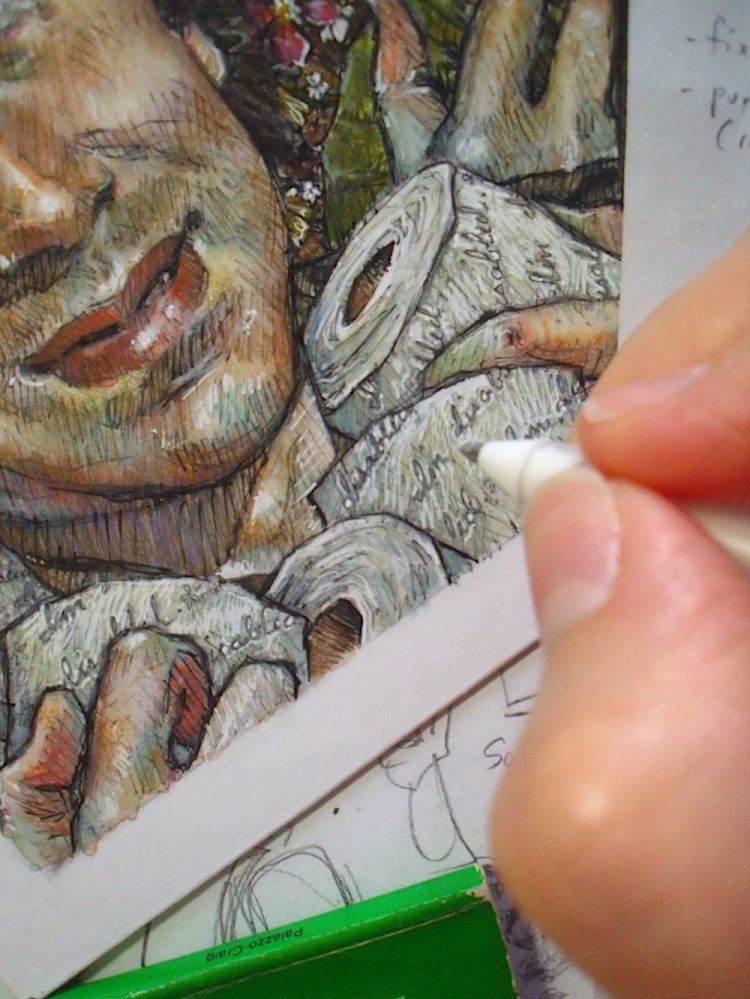 My technical skills are at a place that makes me pretty happy. But I remain forever humble, and I am always striving to improve and improve and improve. Drew Struzan and J.C. Leyendecker are continually floating in and out of my brain and whispering about that. My people skills, my networking skills, and my willingness to take big risks are something else entirely. But I’m working on it. 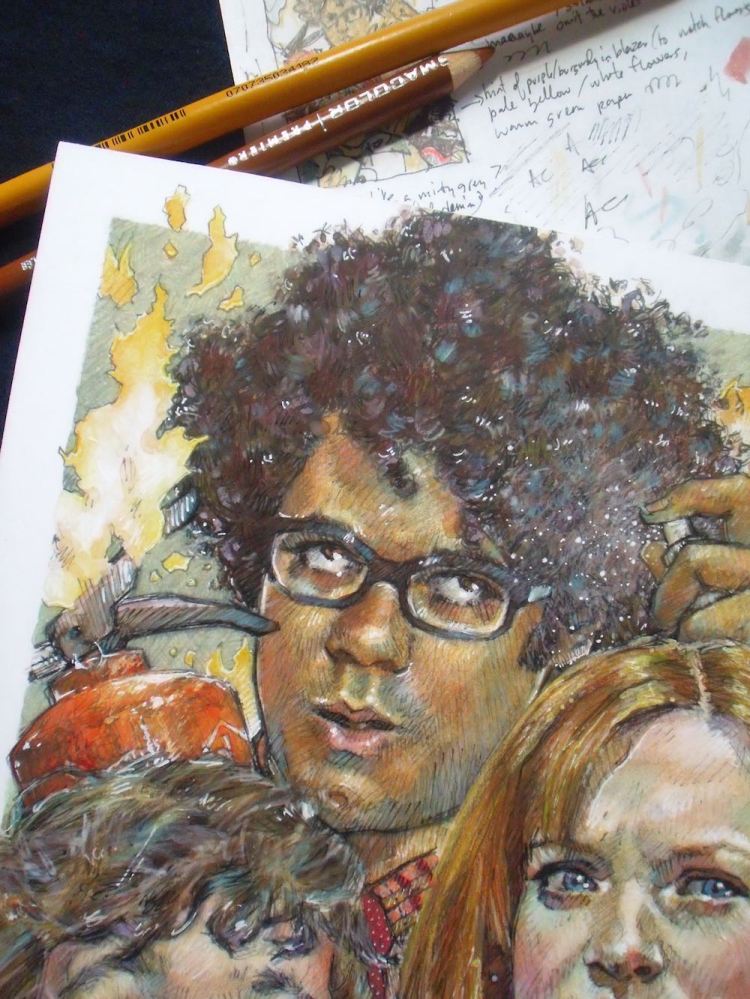 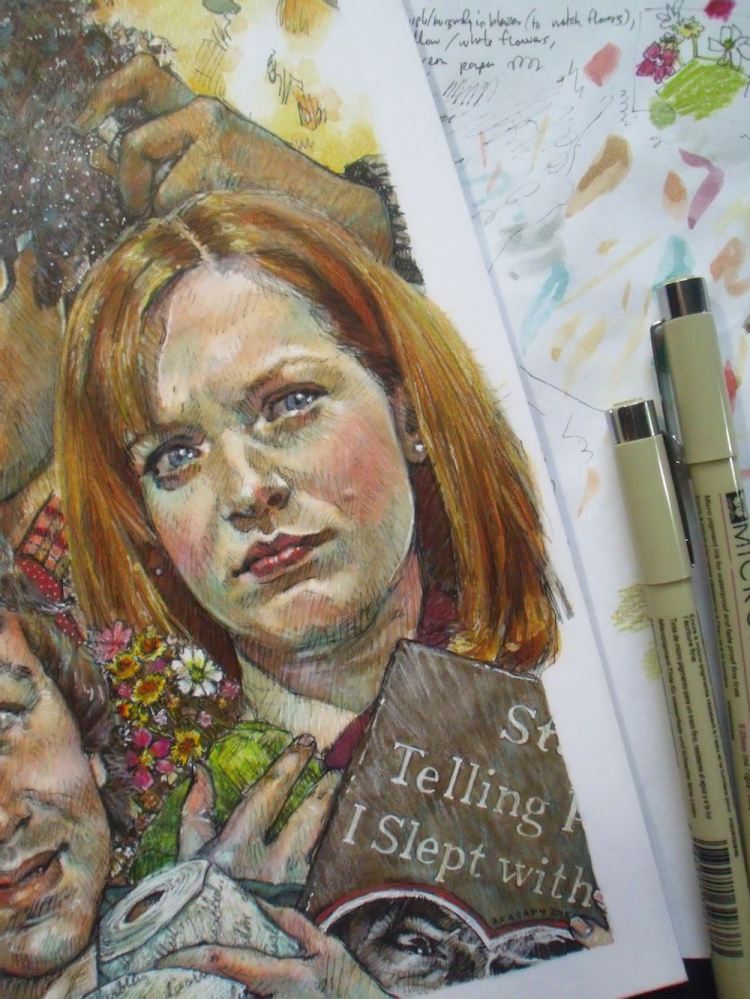 “I’m told my father was particularly proud of the IT department. Run by a dynamic go-getter, a genius, and a man from Ireland.”