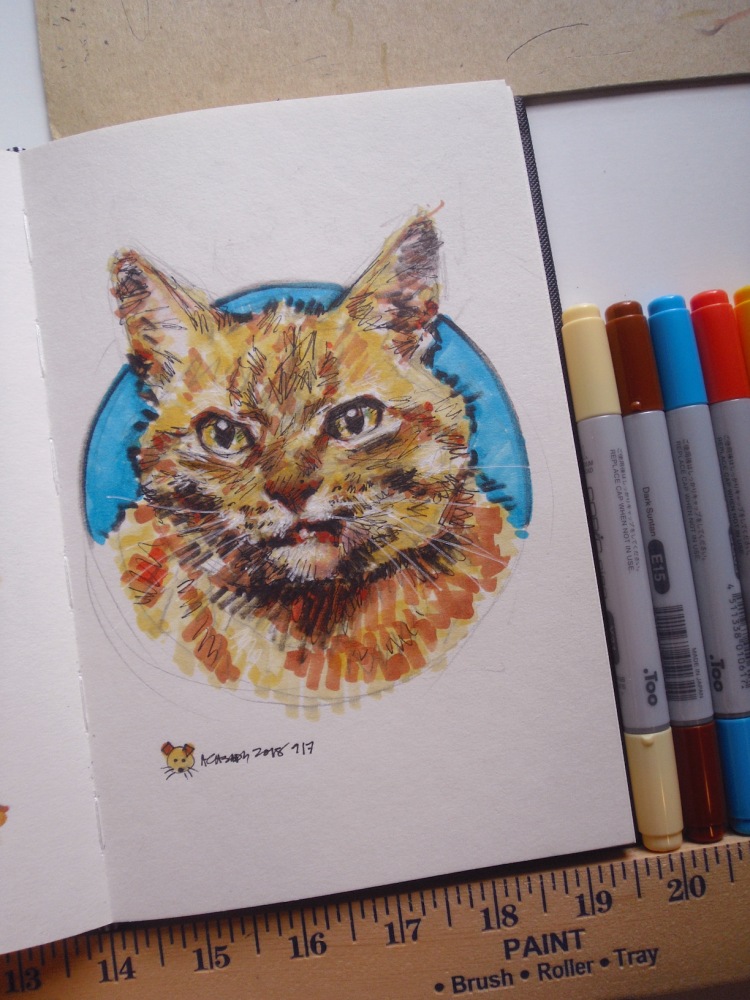 Whenever I fall into some kind of creative rut, one of my favorite ways to try to recover is to draw my pets. It’s a great approach for me because it’s such an emotionally-loaded subject, even a quick gesture feels meaningful. 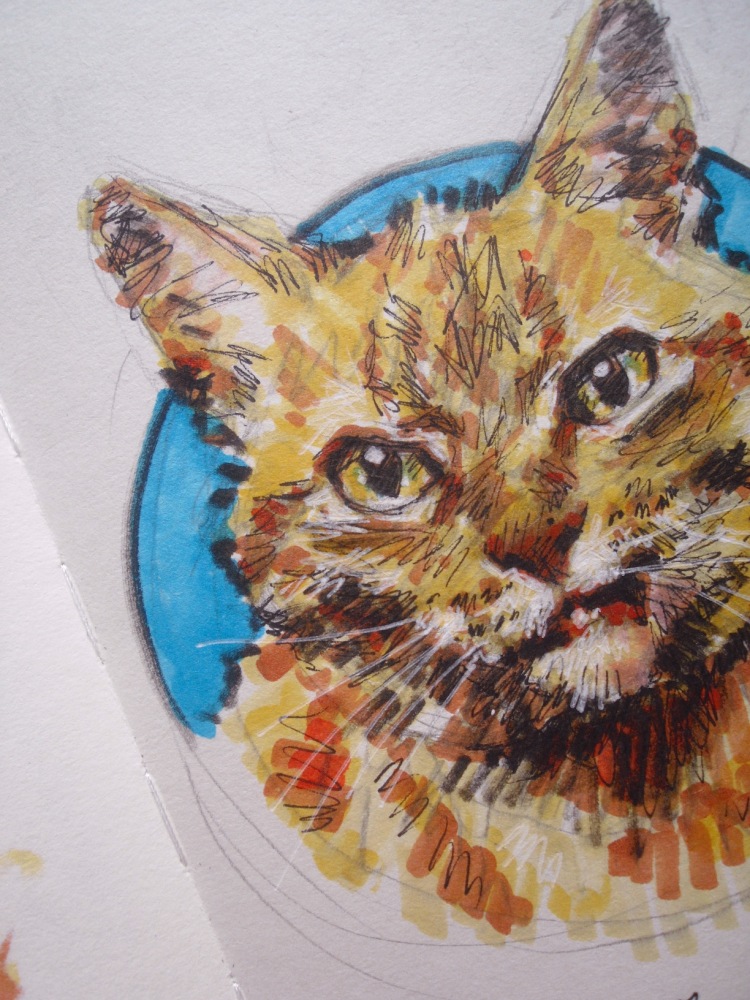 When Belle was nine, she went missing for two weeks. That was an alarmingly long time. Just when we feared the worst– thank Mick Jones– she returned!

She’d got into a variety of scrapes before, but none this bad. We were sufficiently scared shitless after that incident and she became an indoor/ supervised-outside kitty from then on (AS THEY SHOULD ALL BE, DON’T GET ME STARTED). It was a substantial change for her and she didn’t even complain. She slipped out a couple times after that, but never tried to bolt when we’d snatch her back up. It felt like she understood why she couldn’t go on her solo hunting trips anymore. And she seemed to be okay with that. We got to know her anew after her big injury. She was a sparkling ray of sunshine and it was truly a privilege. (Isn’t everything a privilege with cats?) 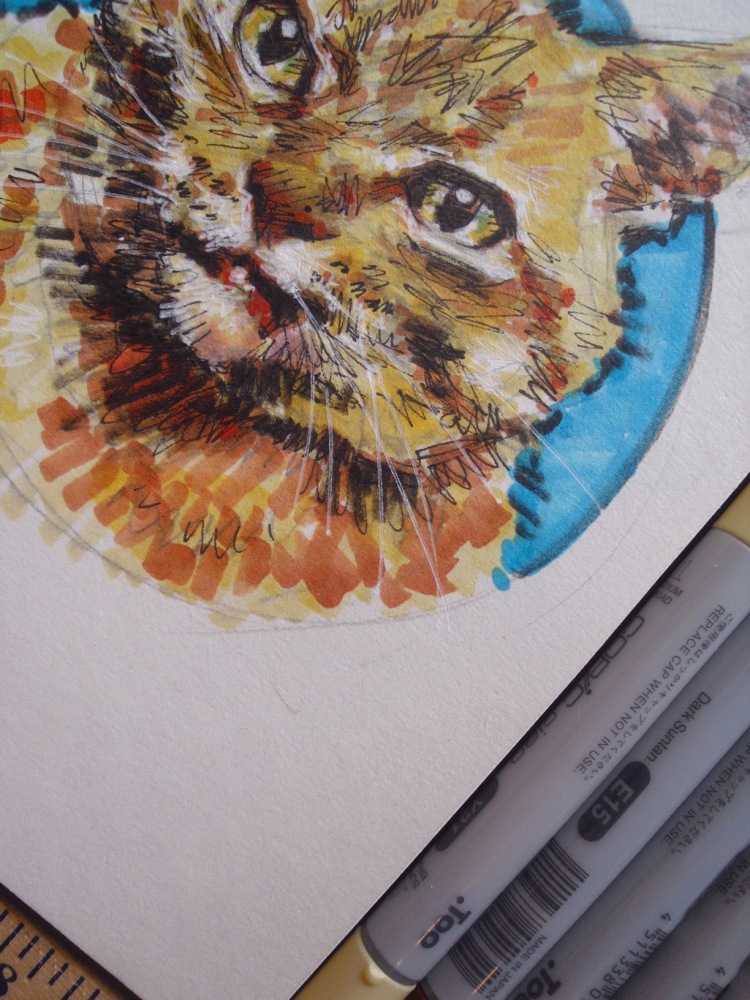 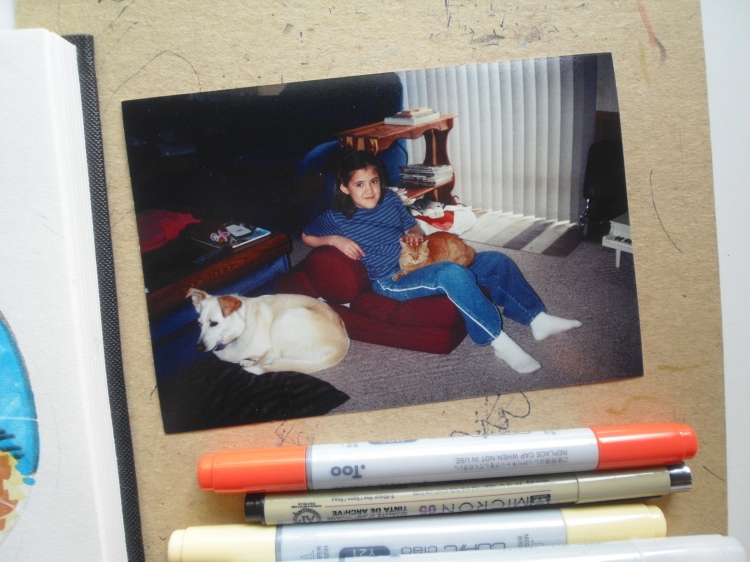 “When a man loves cats, I am his friend and comrade, without further introduction.”