When I was first sorting out my musical tastes as a teenager, Kate Bush cropped up a lot. She was in my orbit, but just barely. Just enough for me to know ABOUT her. But in my teens, to be honest, I was a bit female-averse. Most of the more easily-accessible creative female role models offered up to me were not my thing at all. I wanted to see women who were as different as possible, I thought traditional girlyness was overdone, and– small thing– I thought long, lovely tresses were extremely BORING. I really had to dig. Patti Smith intrigued me, but I couldn’t get into her music. And I had Chrissie Hynde, of course, but she was it. Everyone else I encountered seemed like they were performing FOR men, or they didn’t write their own music or words, or maybe they started out awesome but were hijacked by a marketing team that sexed them up and dumbed them down, or worst of all they were perfect for an instant and then they were gone. So I got into a mode of just giving women a miss for the most part. I still believe that women shouldn’t have to look just to other women for inspiration. But it got borderline misogynistic for a while there; it’s a thought that scares me now. Nowadays I am intentional in my pursuit of creative ladies. 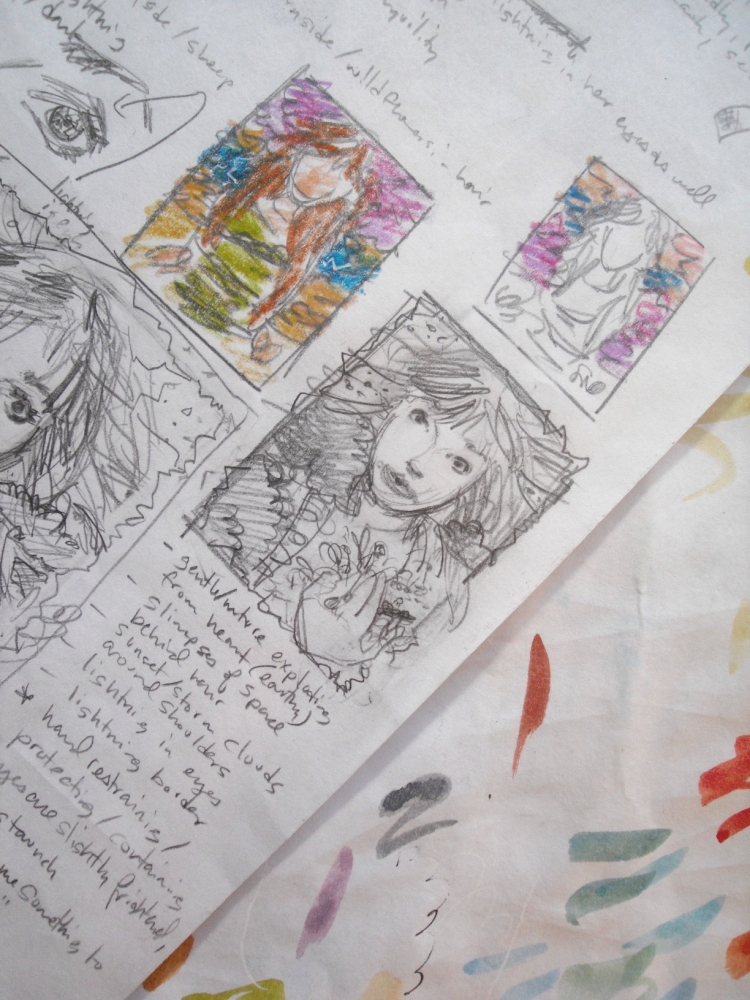 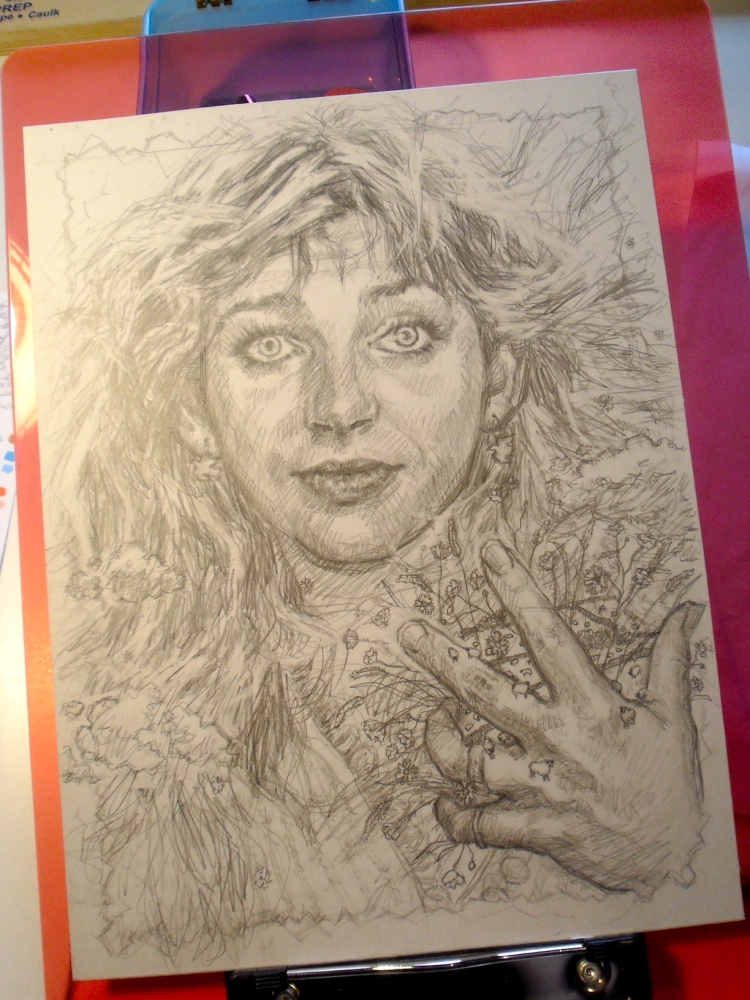 I knew Kate Bush was unusual, I knew I was supposed to like her based on my other tastes (and based on the tastes of those artists who inhabited my tastes) but I wasn’t sure what she was. When I finally decided to give her a go, I got as far as the end of, “Out on the wiley,” and hit a mental wall. I was not prepared. Kate was TOO weird. I didn’t come back to her for maybe three years. (I’m so sorry!) 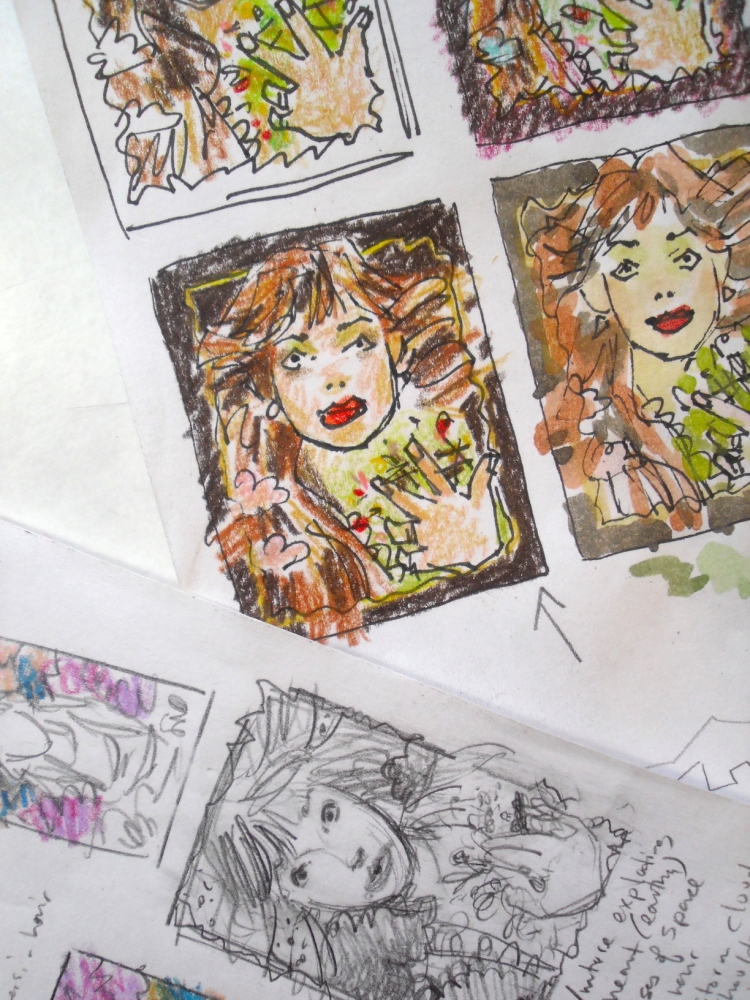 Quoth John Lydon: “At first it seemed absurd… but it isn’t at all, it fits. Those shrieks and warbles are beauty beyond belief to me.”

I returned to Kate with an open mind eventually. And it clicked. And then it was like a solid month of “Babooshka” and “Wuthering Heights” taking turns running constantly through my head. One of my favorite things about her– beyond the sublime vocal acrobatics, of course– is the way in which she completely inhabits her characters. If it means she becomes undignified or unladylike or whatever else women are expected to be as women, that’s part of the story and the story is her aim above all else. What you also see in Kate’s work is that everything is fully her. Somehow she managed to operate entirely on her own terms in an era that was maybe not so conducive to that. She gathered a crew of people who respected and admired her and banded around her and lifted her up. They were there to serve her vision. You don’t read about the same creative wrangling/ heartache/ trauma that you do with so many other female artists of her time. I’m going to choose to believe it’s because she is an actual extraterrestrial with mythic powers.

Kate Bush has an otherwordly appeal that transcends genres. And though she is certainly committed to her art, she is also a person with a sense of humor (she ventured into the Comic Strip sphere on more than a couple occasions). So in a way, she is actually quite easy to like. Artiness is too much for me if it is insulated or isolated. And I shut right down if it takes itself too seriously. Kate and her oeuvre are quite generous in that regard. 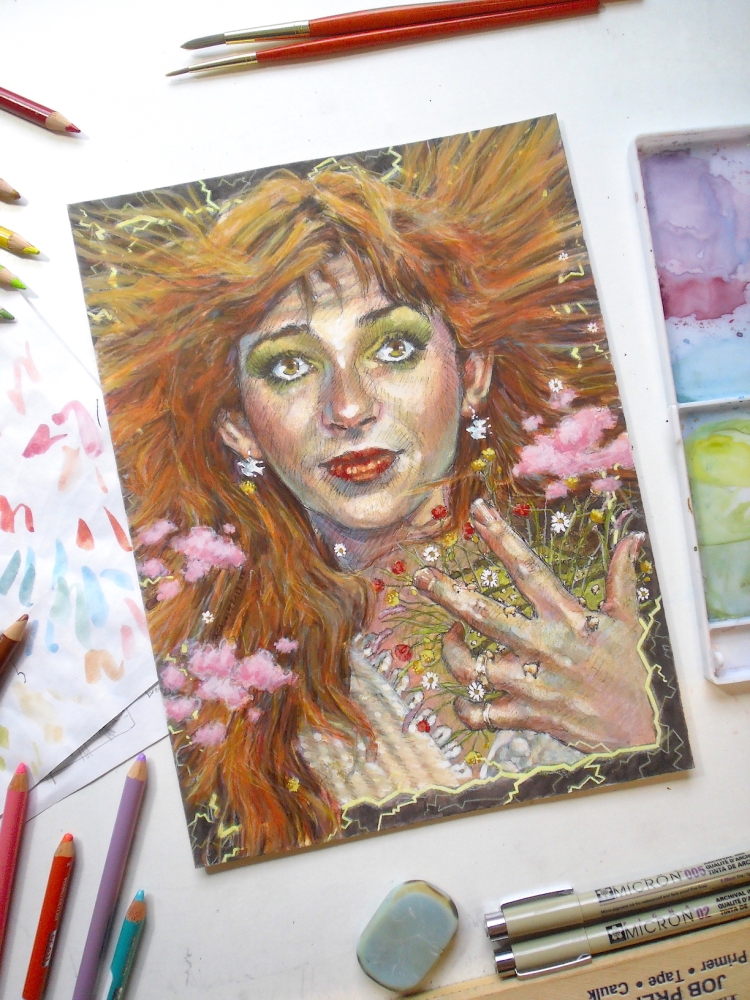 What I see in her body of work now, as a grown woman myself, is the way in which she is just utterly female but without any self-consciousness. She just is. Lovely. But there is also something larger than that, and it is the same thing that draws me to many of my other creative heroes: There is Kate the person, who is understated and private. And there is Kate the artist, who breathes fire and conjures whole worlds. Kate’s music and imagery is staggeringly beautiful, and kind of unsettling, and she tells compelling stories that no one else does. All of that, and it’s done with absolute intention. Peter Gabriel talking about Kate: 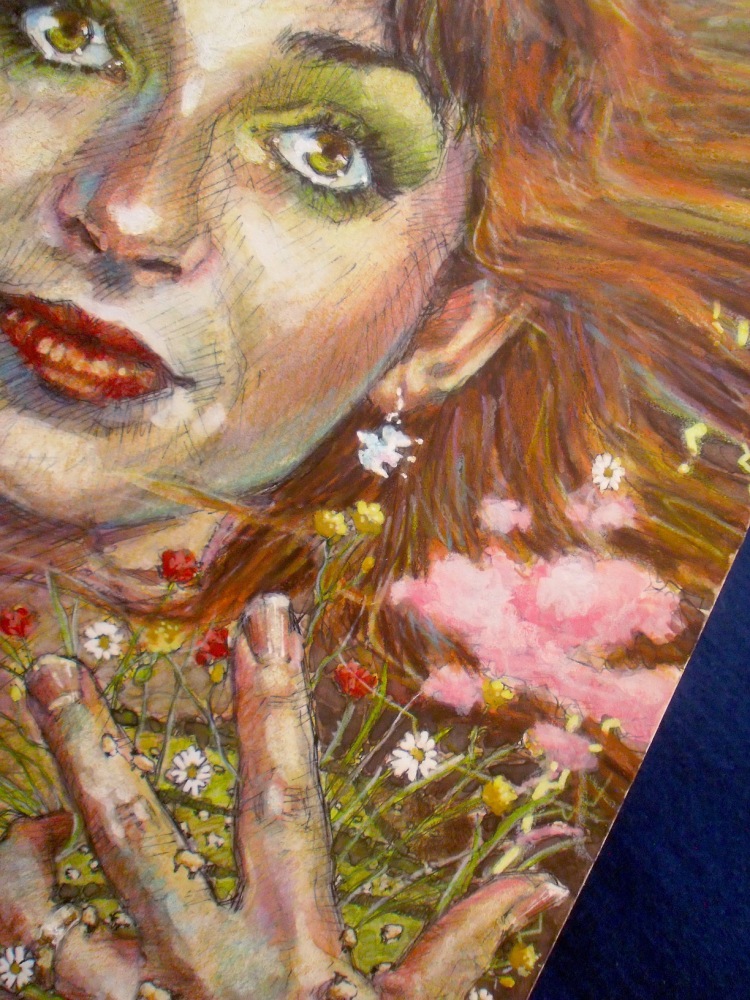 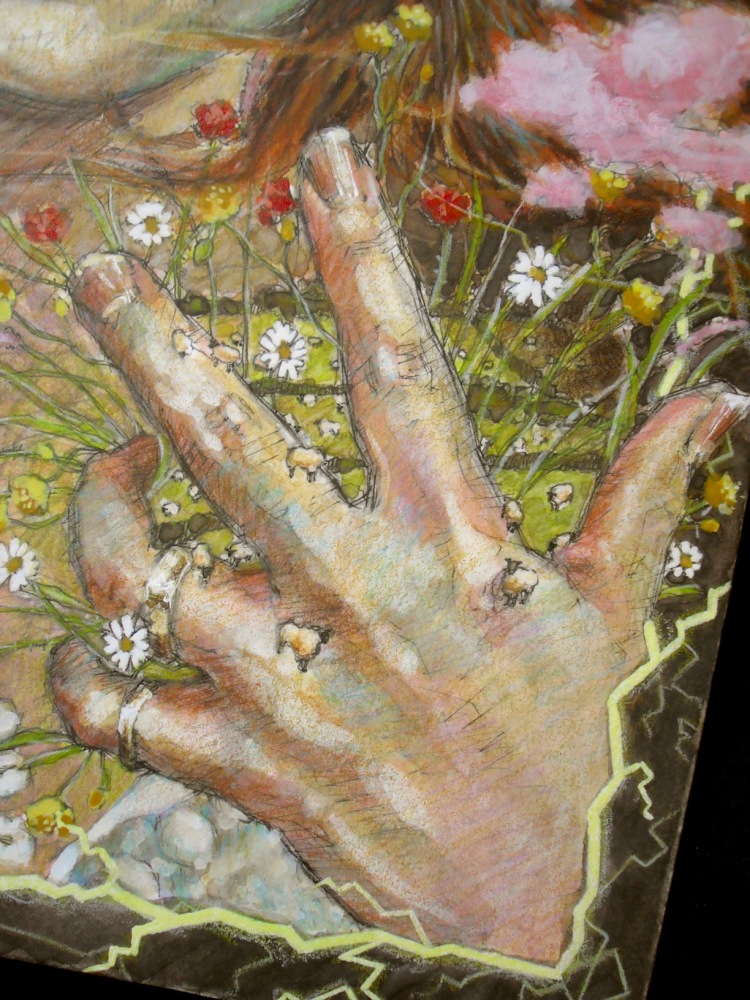 “Ooh, there is thunder in our hearts.”