Whereas I find about 99.9% of eighties pop music irresistible in some way or another, I’m far less generous toward the sixties and seventies because of folky singer-songwriter types. Not dislike, necessarily. Mostly boredom. But I make automatic exceptions for weirdos. And who’s weirder than old Neil? Well, okay plenty of others. But I’m especially keen on his particular brand of weirdness. Like his questionable singing voice– like George Harrison, only shriller. And his experimental early eighties albums over which his record company sued him (because they weren’t Neil Young enough). And– though I’ve still not yet seen it and it’s apparently a huge disaster– his film Human Highway, which features one of my favorite DEVO songs/videos (“Worried Man”).

So anyway here’s another very quick, very loose drawing. This time of Neil Young, who can do whatever the hell he wants! 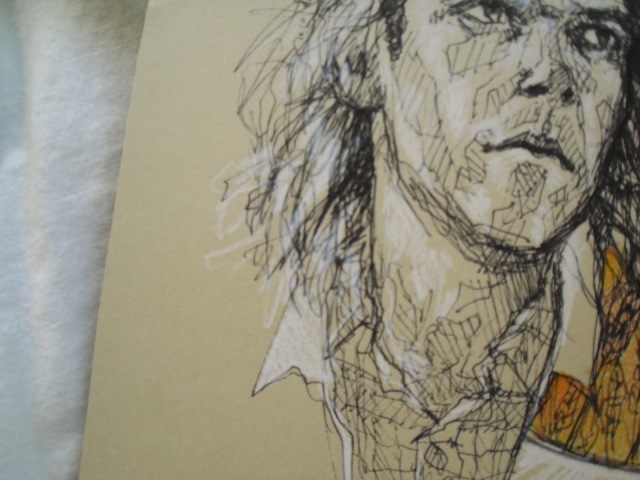 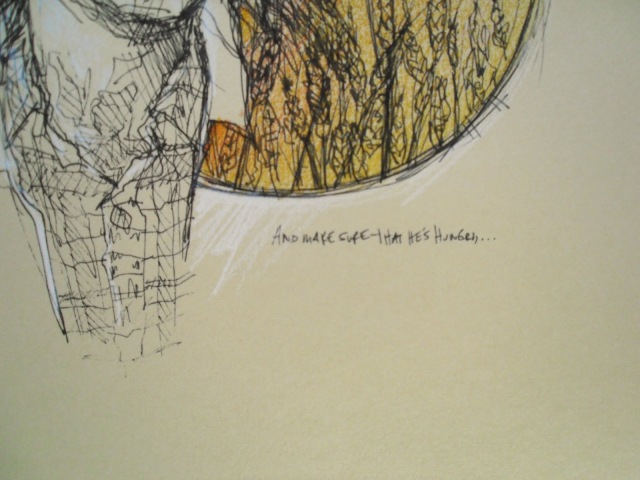